Colston Bassett is an interesting village for a number of reasons:  firstly there is the spooky old abandoned church ....

..... then there's the fabulous properties like Tanglewood: designed by the award winning Guy Phoenix and described as "the most luxurious house in Nottinghamshire".....

A map from 1600 shows a building here.  It is a comfortable, traditional pub with a great reputation for fine dining.  In fact it has been named Nottinghamshire's Dining Pub of the Year five years in a row (2012 - 2016).  A visit here is always a pleasure.  In the summer months you can enjoy an evening sitting in the beautiful garden as the sun goes down .... or during the colder months there is a warm log fire giving a cosy glow. I think this is probably the main reason for people to visit this quiet corner of the county.

Generations of estate workers enjoyed the hospitality of this hostelry when it belonged to the Colston Bassett estate. It was sold into private ownership in 1990. It was named after one of the Squires: Mr Henry Martin Esq.

The village itself also took its name from the estate land owners.  The Colston part dates back to before the Domesday Book when the tun (or settlement) belonged to a Saxon or Scandinavian named Col.  The Bassett part refers to a wealthy Norman family. Ralph Basset was Lord Chief Justice of England in 1120 when King Henry I awarded him the manor.

Ralph Bassett was not a popular figure. At one session of the Leicestershire Assizes he condemned eighty criminals to the death sentence and six more to undergo terrible tortures as punishments.  Apparently he made himself a large fortune from the forfeiture of goods.  He had a bit of a conscience about it though as he gave quite a bit of land to religious orders to gain some goodwill in heaven.

The village stayed with the Bassett family for eight generations. Some time during the 1200s King Edward I granted permission for a market and fair in the village.  Just down the road from the Martin's Arms stands the Market Cross.  It is on the site of the original cross. 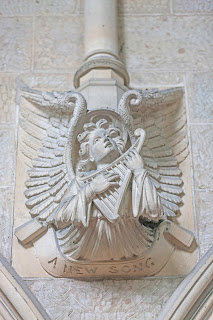 The last Bassett (another Ralph) died in 1390 when the estate passed to a nephew, Sir Hugh Shirley then onto another relative - a member of the Stafford family.  Now here is an interesting bunch!  Three of them were Dukes of Buckingham.  The 1st Buckingham (Humphrey Stafford 1402 - 1460 was created Duke in 1444)) inherited massive estates in over a dozen counties when he was still an infant.  After his mother's death he became one of the greatest landowners in England.  Despite his huge wealth he fell into debt because he was Captain of the Calais garrison and was responsible for ensuring the men were paid which he did from his own pocket.  By the time he left France in 1451 the Crown owed him almost £20,000 (a hefty sum even today!). He died in the Battle of Northampton supporting King Henry VI during the War of the Roses. 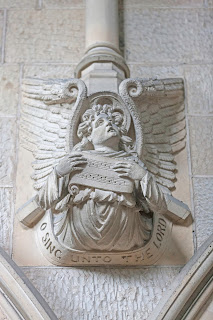 His young grandson, Henry Stafford 1454 - 1483, became the 2nd Duke of Buckingham (Henry's father had died of the plague two years earlier). At the age of 11 Henry was married to King Edward IV's sister in law, Catherine Woodville.  When Edward IV died in 1483 Henry helped to put Richard III on the throne instead of Edward's son.  Edward's children were placed in the Tower of London for their protection .... unfortunately it didn't help: the mystery of what happened to the Princes in the Tower has never been solved but Henry Stafford is one of the principle suspects for their murder.  Later that year Henry changed allegiance and plotted against Richard III in favour of Henry Tudor.  Richard uncovered the plot and had Henry Stafford arrested and beheaded without trial the next day.  His lands and titles were forfeit to the crown. 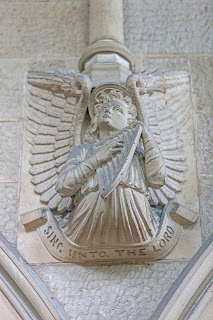 Henry's five year old son, Edward 1478 - 1521, spent the next couple of years being hidden away in various houses until the death of Richard III at Bosworth when King Henry VII restored the family fortunes.  The 3rd Duke of Buckingham had a very close relationship with the royal family.  He attended their weddings; took part in Henry VIII's coronation as bearer of the crown; he was a member of the Privy Council and attended the Field of the Cloth of Gold in 1521.  Unfortunately Henry VIII did not take too kindly to rumours that Edward was suggesting himself as a contender for the crown should the King die without a male heir.  Edward's strong Plantagenet bloodline gave Henry good reason to be concerned so he conducted the investigation himself.  Edward was arrested, tried, convicted and executed for treason.  Henry profitted greatly from the death ...Edward's lands and titles were forfeit to the crown and this time they were never returned.  His 'poor' children had to make their own way in the world ... they went on to marry into the Percy family, the Pole family and the Neville family, all familiar names from Tudor history so no worries, they didn't end up on the poverty line after all! 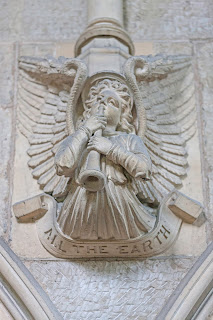 A wealthy merchant and one time Sheriff of London, Sir Thomas Kitson, purchased the Colston Bassett estate but it is doubtful he ever lived here  (he also owned Hengrave Hall in Suffolk so, lovely as CB is, I can understand why!).

Two generations later the estate passed to the possession of Mr Edward Golding.  He too was an absent landowner ... Thomas Hutchinson occupied the Manor House on a forty year lease from 1532.  (The Hutchinson family owned nearby Owthorpe Hall and would be strong Parliamentarians during the Civil War.).  Golding died in 1584 when his son (another Edward!) was only 11 years old.  He came of age and took possession of his lands in 1591.  He did eventually move into the village. Records show he purchased Colston Bassett Rectory in 1605 .... about the same time as a terrible outbreak of the plague wiped out half the population.  There were 83 burials between July 1604 and March 1605.  Just like the more famous outbreak at Eyam, Derbyshire, the villagers cut off all communication with anyone from outside and supplies were left at designated spots where coins could be washed in vinegar.


That old abandoned church we mentioned earlier was supposed to have stood in the centre of the infected village.  St Mary's was in existence before 1135 ...  a Saxon stone has been found nearby which shows it was a very early place of worship.


It has been suggested that the plague survivors abandoned their houses and moved the village a short but safe distance away once the disease passed.  Modern historians disagree as maps dating back to 1600 reveal the houses had already moved away from the church.  The ruins attract photographers and people passing by regularly stop to wander round the old walls and grave yard.  It is a scheduled Ancient Monument and Grade I listed building.

Edward Golding was a Royalist during the English Civil War.   The conflict split the village and some families. Colonel Francis Hacker, a staunch Parliamentarian, had a property (Manor Farm) on Baker's Lane.  We heard his sorry story on our visit to East Bridgford. Colonel Hacker's brothers were Royalists.  In May 1643 Francis's younger brother, Thomas, was killed during a skimish at Colston Bassett. Not a happy time for Francis then.  The Colonel was eventually hanged, drawn and quartered because he had signed King Charle's I's death warrent.  His poor wife was partly to blame because she innocently handed over the offending document to his accusers.


The Golding family added another point of interest to the village by building this beautiful Hall in 1704.  Over the next few years they would also improve the area through planting hundreds of trees.

By the end of the 1700s the estate was passed to Henry Martin and his son... Henry Martin!  They took a real interest in the place.  The Rectory and the Yews were built by them, the Sunday School was set up and, as we have already said, the pub was named after them.  As keen huntsmen they saw the benefits of continuing with planting trees in order to improve their sport so the greenery of the present day village is down to them.

Mr George Thomas Davy only owned the estate for a short time (1864 - 1876) but he had a major impact.  He improved village access by lowering the steep gradient of Hall Lane and had a New Road constructed to Langar.  A "small village" of glasshouses was built in the Hall grounds as Mr Davy was a keen gardener: his collection of orchids was legendary! He had a large house built in the grounds for his Head Gardener too.


The villagers benefitted when the school was built and part of the park was levelled for a cricket ground.

We found the Cricket and Croquet Club on the wonderfully named Washpit Lane (probably a reference to an old communal laundry area close to the River Smite).


Robert Millington Knowles was the next owner.  Another huntsman: he kept four packs of hounds and first class hunters in the stables. 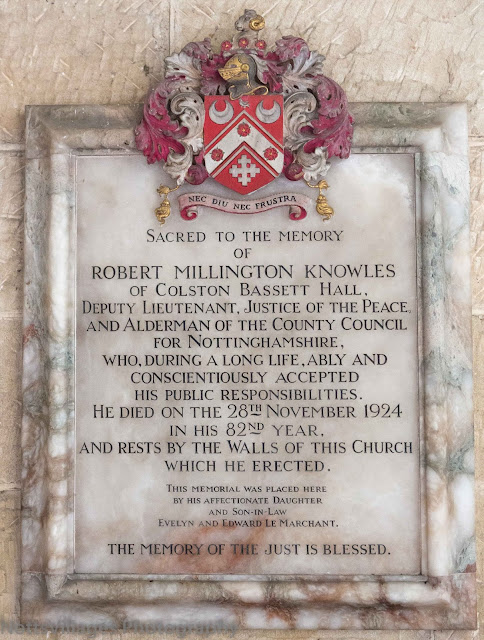 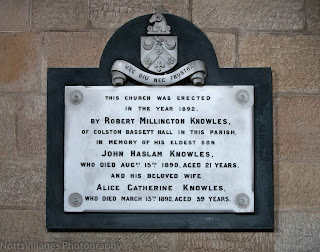 He had the new Church of St John the Divine built in 1893.


It was built in memory of his wife and of his son John who, at the age of 21, had drowned during a day fishing trip. 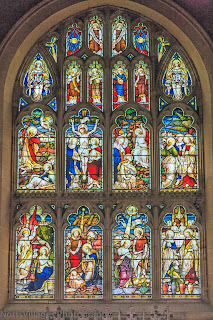 The old church had been falling into disrepair since the middle of the 1700s so the new building must have been welcome.  The restrictions on the new church yard would have been slightly contentious though as villagers were not allowed to be buried here until this year.  Apparently one old resident has been subbornly holding on to life in order to be one of the first to be allowed in!! 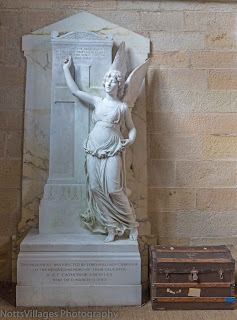 We had an interesting chat with the broadcaster Richard Spendlove MBE during our visit.  He has strong connections with the village and had a bible restored and given to the church as, in 1826, it had belonged to John Bonser, one of the wardens.

I looked into the village hall and was very impressed.  Being able to hold social events, entertainments and meetings adds to the lovely community atmosphere.

There are two beautiful village signs ....


It is very much a rural village: other local businesses include the Belle Vue livery and riding school and a Belvoir boarding kennel. Then, of course, there is also the Colston Bassett Dairy which produces award winning traditional Stilton cheese from local milk.

Every where you look there are signs of a bustling village life from yester-years.  Street names like Bakers Lane and Washpit give images of workers; the house names also throw back to the past .... 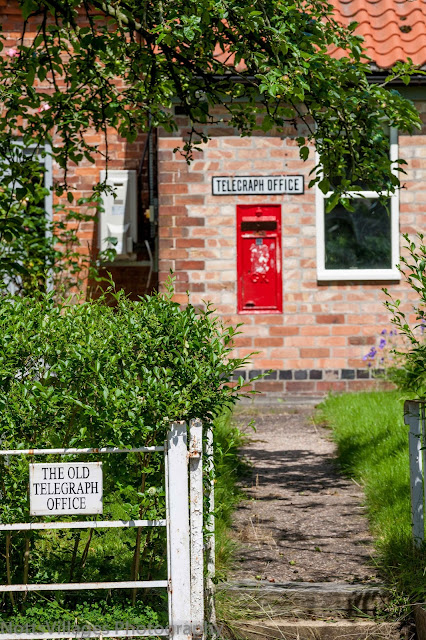 Today it is a quiet peaceful place to live. 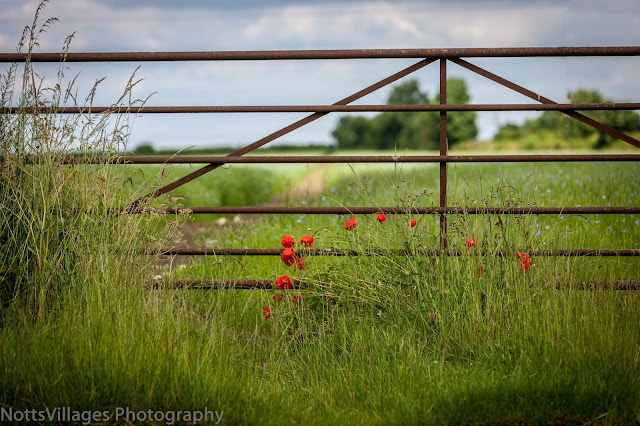 A Concise History of Colston Bassett


A pint of Timothy Taylor's Landlord bitter at the Martins Arms during a lunchtime revisit. There is a reasonable selection of beers available here, but this pub is best known for its outstanding food and beautiful garden setting. Well worth lots and lots of visits. 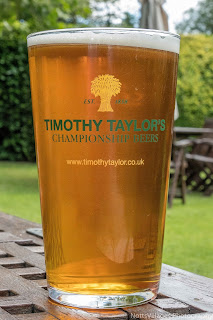 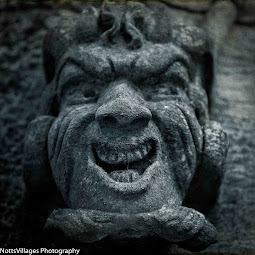 Notts Villages
This blog is very much a labour of love. It is an ideal way to combine our interests of local history; literature and photography. At first our aim was to visit the Notts villages, research the history, both anecdotal and factual; take photographs to present a pictorial record; provide links to useful, interesting or just odd sites that add colour and flavour to the taste of the villages and present it all in a blog: NOTTS VILLAGES was created. We uncovered some fascinating details and lamented the lack of publicity for events like the Battle of East Stoke or the Pilgrim Fathers and decided to throw some light on Notts as a key part of history. Comments are welcome. Enjoy the blog! Email: nottsvillages@btinterent.com 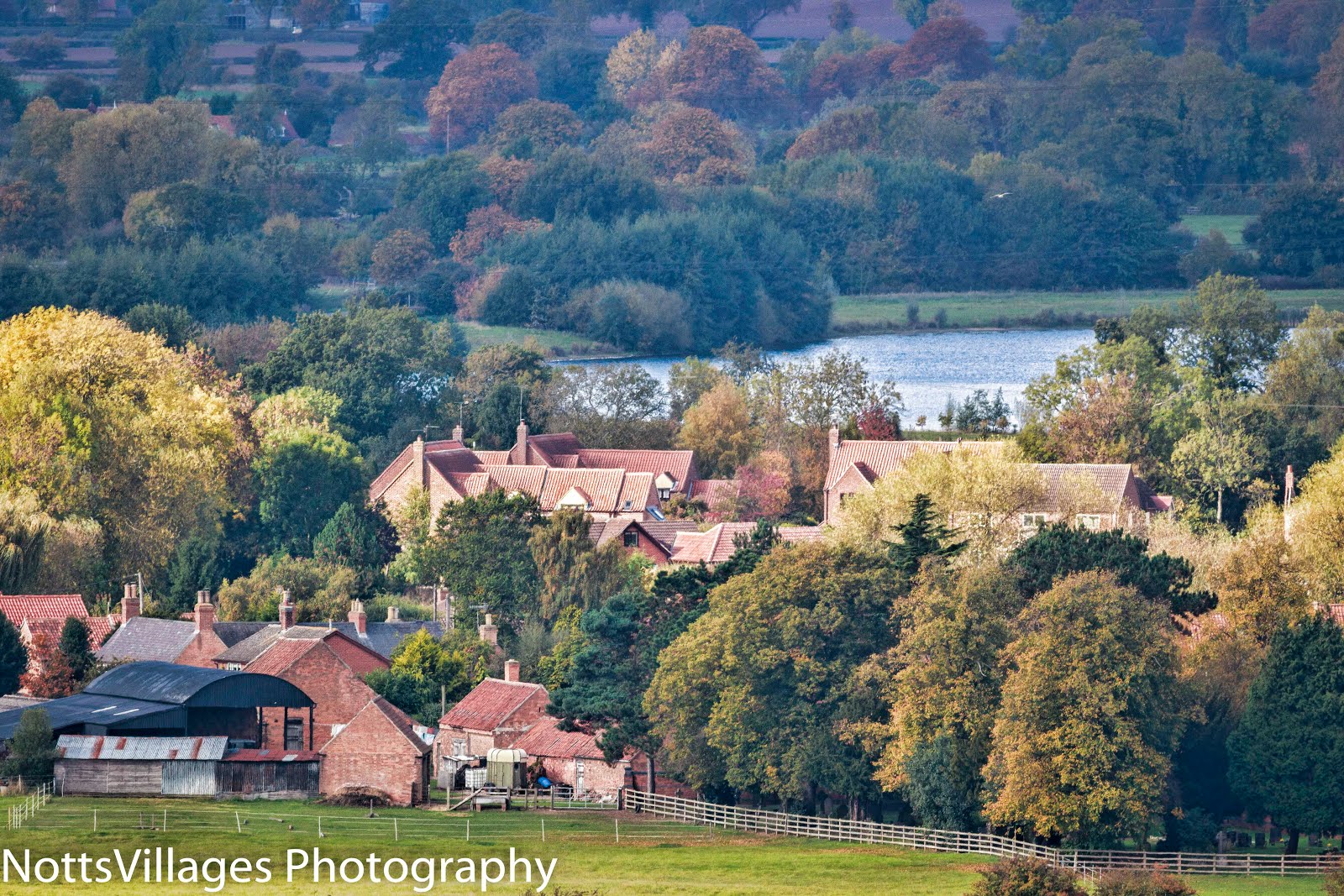